From Aktivix
Jump to navigation Jump to search 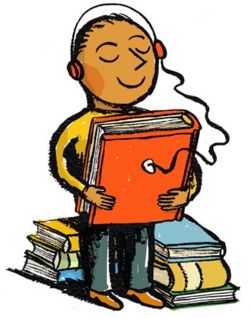 This is a page to generate some ideas for an Indymedia Spoken Word Project.

Figures released by the Right to Read Campaign have shown that over three million people in the UK are being denied the right to read just because they have a sight problem, dyslexia or another reading disability. According to research by the Royal National Institute of the Blind a shocking 96 per cent of books are not available in large print, audio or braille. The few books that are produced in accessible formats are rarely available at the same time as the print versions and are often more expensive. The RNIB and the Right to Read Alliance have consistently been campaigning to change this.

There have been various authors and collectives that have published books with radical content over the years, some as offshoots of Indymedia. Recently some of these books have been published via traditional publishers, but under copyleft or more recently: under creative commons licence. This enables the book to be reused for non-commercial purposes. Inspired by the Librivox Project an idea was discussed to create a free audiobook project for books of radical content. Not only is it fun to read out a book for others, but more importantly, it suddenly makes the book accessible to a lot more people. And surely if the aim of a book is to get a message out there and get people to read it, those that can't should be able to listen...